The Google Pay India app is rewritten in Flutter When Flutter was unveiled at the 2015 Dart Developer Summit, no one, at that time would have anticipated the immense popularity that Flutter app development has gained over time.

Flutter is an open-source UI software development kit created and maintained by Google and the community. It is cross-platform in nature and used to develop applications for web, Android, iOS, Linux, Windows, Mac, and Google Fuchsia (operating system being developed by Google).

Just after three years of its launch, it has achieved many milestones and adopted by the world’s well-known firms such as

Once again, Flutter is in the news as Google announced that Google Pay(Known as Tez in India) has chosen Flutter to provide the best-in-class experience to its users.

Let’s dig up a little deeper in this news.

Tez is closely integrated with UPI (Unified Payments Interface) which is a real-time payment system developed by the National Payments Corporation of India. Tez was later rebranded as Google Pay in 2018.

Design simplicity, flawless UI, and secure processes of Google Pay have won the trust of thousands of customers. It is more than a payment system and used for not just online transfer but for paying bills, recharge, bank loans, train tickets, eCommerce, and many more within the app.

Google has been trying to revamp payment products globally since the first quarter of 2019. Google wants to create a modern development environment with a focus on faster and efficient development. To reach maximum users, teams at Google are also leveraging cross-platform app development to be able to develop on both – Android and iOS platforms.

Google Pay Flutter implementation is now available in open beta in India and Singapore. They are now focused to launch Google Pay on Flutter across the world on Android and iOS platforms. The rewritten app must be able to function well across a wide variety of payment chains, infrastructures, and operating systems.

According to the official Google blog, they have chosen Flutter, citing these 3 major things:

One of the reasons they selected Flutter is cross-platform and uniform experience. Flutter apps are written in Dart and leverages the best features of Dart to make app development easier, efficient, and faster. Ahead-of-time compilation on both Android and iOS offer high performance on mobile devices and makes deployment easier as AOT generates machine optimized code.

Flutter’s Just-in-time execution engine allows the immediate reflection of changes in source code, without refreshing or restarting of the app. It also offers a stateful hot reload where changes can be reflected in the running app without loss of a state of the app.

“After carefully weighing the risks and our case for migration, we decided to go all in with Flutter. It was a monumental rewrite of a moving target, and the existing app continues to evolve while we were rewriting features. After many months of hard work, Google Pay Flutter implementation is now available in open beta in India and Singapore.”
– An excerpt from Google Developers Blog

When Flutter 1.0 was released, developers and tech professionals were skeptical about Flutter for mobile app development services. Despite young age and relatively small communities, Flutter became popular compared to other cross-platform tools in a very short period. In the upcoming days, we will see more advancement in the Flutter framework with better support for platforms like Android and iOS.

How Flutter Is Advantageous To Businesses?

Here are some key benefits of using Flutter. It is equipped with great features and scalable to handle a large number of concurrent users (Google Pay is a recent example).

Good Read: Flutter For Startups – Why Appreneurs Are Excited About It?

We have used many products of Google in our everyday lives. Google Pay is one such app that offers as finest experience as we expect from a Google Product. Let’s anticipate the best for this rollout of Google Pay Flutter Implementation.

It’s time to give Flutter close attention as it has massive potential to create beautiful, precise, and faster apps. Are you thinking to use Flutter for your next cross-platform app development? Give it a try! 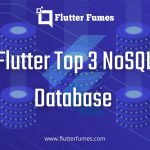 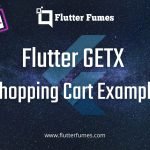 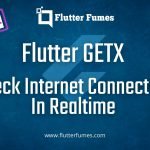 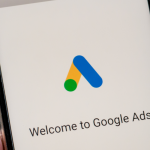 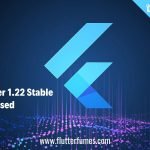 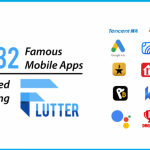 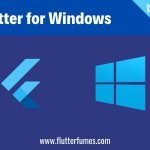